The game opened with the Eagles running back scoring on an electrifying 79 yard outside run play to draw first blood. With the Eagles leading 6 – 0 after only two plays the Bulldogs saw the speed they were dealing with. “We gathered the defense and simply said that with fast teams, we need to corral them and pursue and tackle to the whistle.” Said Mathon.

On the ensuing series the Bulldogs Offense showed it can move the ball as well. On the strength of sharp execution the Bulldogs drove 25 yards and on the 5th play of the drive Evan Desrosier scored from 41 yards out. With Jonathan Warren convert the Dogs found themselves in a good game leading 7 – 6.

With the game looking like it was going to be a high scoring shoot out the Dogs defense showed its preparation for the Eagles and shut them down for the rest of the half limiting the Eagles to on 70 more yards of offense. In addition the Dogs defense caused and recovered a fumble on the Eagles 35 yard line. This field position set up the Dogs 2nd score. After seeing Ryan McColeman carry the ball earning some hard fought yards to get to the 17 yard line, Parker Raymond found an seam and scored on a perfectly executed outside run.

Still in the first half the Dogs maintained control of the Eagles running game and kept their offense scoreless. Meanwhile the Dogs offense continued to gain yards ending with Evan Desrosier scoring his second TD on another well executed play.

Later in the second quarter the Dogs were in the red zone again but a penalty pushed them back out and leaving them with a field goal attempt that Jonathan Warren hit perfectly. The Dogs found themselves at half time with a 24 – 6 lead and in control. “We reminded the kids that at the provincial level competition we cannot let up because they will adjust and could come back and score 3 TDs very fast.” Said coach Mathon.

To open the 3rd quarter the Dogs showed a completely different offensive package and drove 40 yards to set up a 23 yard scoring run by Anthony St Jean.  After Warren’s successful convert the Dogs led 31 – 6. The Eagles opened things up with trying to pass and did complete a long throw over the middle to convert a 3rd and 30, the Bulldogs defense held their ground and kept them out of the endzone. 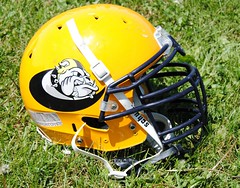 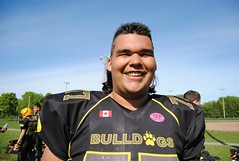 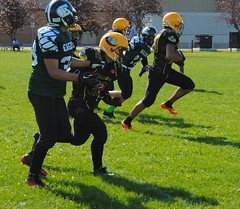 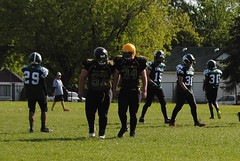 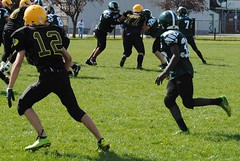 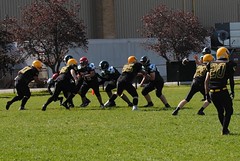 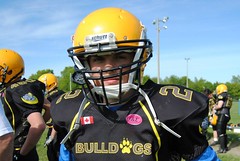 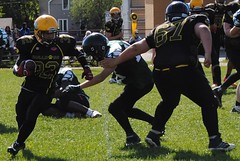 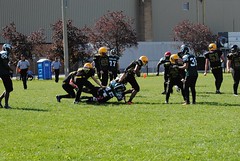 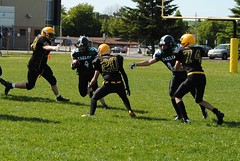 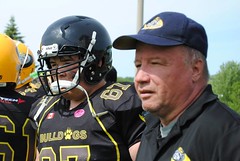 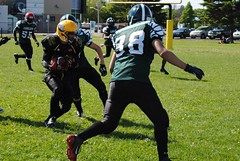 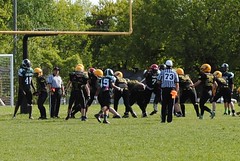 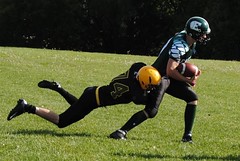 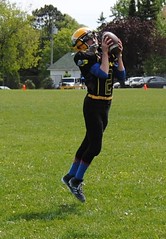 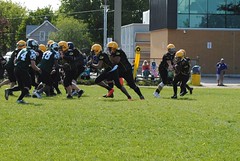 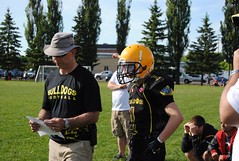 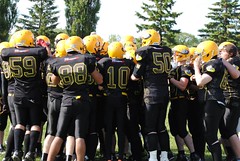 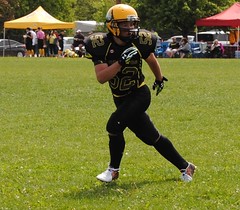