Nathaniel is a quiet player who can quickly diagnose a play and move to counter it. He has been unleashed and has driven through the line to sack the opposing quarterback or stuffed the run on the inside. In his 2017 Bantam season Nathaniel was nominated one of the Defensive captains with two previous seasons of battle tested experience. Nathaniel resumes his position as a linebacker for 2017.

Nathaniel started his career with the Bulldogs at their summer skills combine 2014. He was selected to play on the up-and-coming 2014 RoughRiders. As a RoughRider he was the Center of their offensive line.

Nathaniel became a part of North Bay’s provincial level Bantam Bulldogs 2015 team. He was a gritty and tough Running Back with power, skill, and an overabundance of courage.

In the fall of 2015, Nathaniel rejoined the Rough Riders. With his experience and football IQ he has been moved to a number of positions from: Running Back, Fullback, Defensive Back, and Linebacker to help and support the newer players while providing a much-needed punch on offense and becoming a fearsome threat on defense.

The 2016 Bulldogs found a need for linebackers and took #40 from fullback/Running back to the backfield to augment their defense. 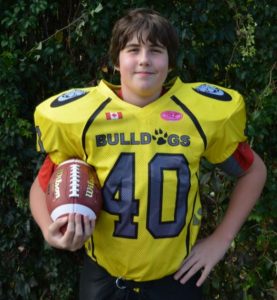 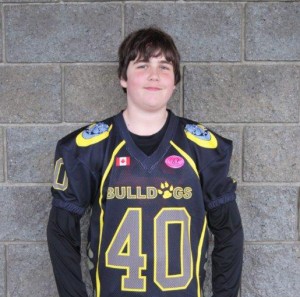 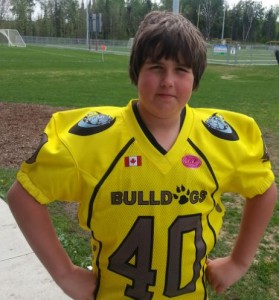 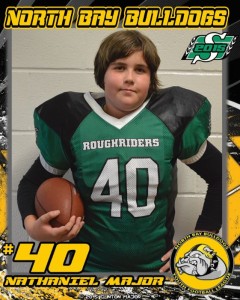 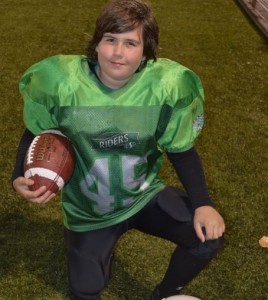 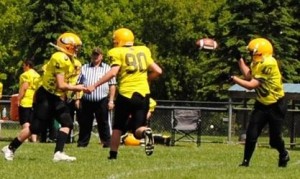