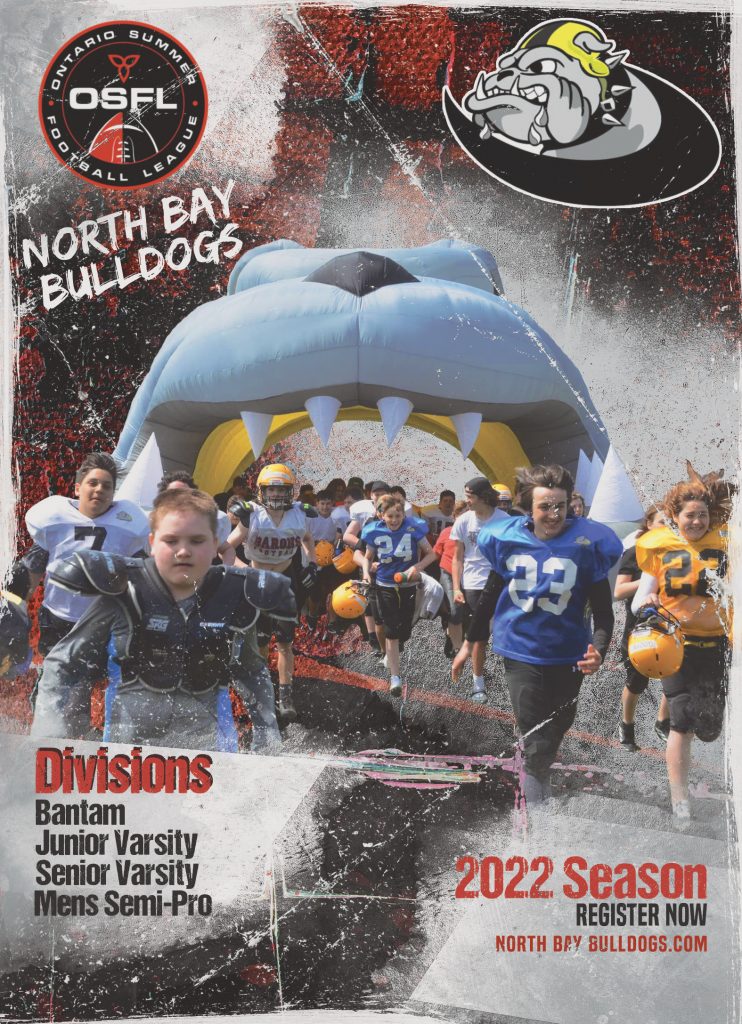 What you will need for indoor sessions is gym attire, water bottles, running shoes as well as a mask to be worn if social distancing can not be met.  There will be a place to refill water bottles at Canadore and we have access to both mens, womens, and all gender change rooms as well.

We will be having equipment hand out the weekend on the 23/24th more info on that once we have that organized. And hopefully, the snow is gone by then and we will give you the practice schedule.  Prior to our first game tentatively on the weekend of May 20th, there may be different practice times depending on field availability, but after that outdoor practices will be Wednesday, Thursday Friday 6-7:30.

We do not have a game schedule quite yet, but they have said it is getting close to being ready and I will get that to everyone as soon as I have it.

The cost for the game is $5 entry fee to help cover the costs of the field. This gets you to any home games that day, for example, if you pay $5 entry for the Bantam game, you can stay for JV, SV or mens games or all of them.

We are always looking for volunteers for games as well some are paid positions and some are truly volunteer.  Once we have the schedules of who is playing home we will start penciling people in for dates and games right now just trying to see who is interested in what so I can put you on the list.  So please respond with what you are interested in doing as well as the level (Bantam, JV, SV or Mens)

BBQ-We run a BBQ during the games serving hotdogs and hamburgers.  We usually get parents to bring desserts for the BBQ and we ask for a generous donation for the food.  We have suggested prices.  But we look for volunteers to work the BBQ usually 3-4 people.  Normally we suggest you do the game before or after your player’s game so you can enjoy your player’s game. But you can also volunteer during their game.  By volunteering at the BBQ you get in the game for free.

Trainers– we need one travel trainer to away games and two for home games.  We are responsible to provide a trainer to opposing teams while they are here.  Duties include attending to injuries on field, taping ankles prior to games.  First aid and cpr is a must, usually we have nurses, medics, psws etc.. do these jobs. We take $35 off player fees per game and entry to the game is also covered.  (If player fees are paid already we pay you out the $35.

Stick Crew-home games only We need three people to do sticks, students can earn volunteer hours for this job and get front row seats to the game.  We also pay $15 per game to cover the cost of food while working.  We need 3 people for every game.

Film-we are looking for one person for each team to do film and upload it to our platform for our viewing. Pay for this is $35 per game which can be used towards player fees or you can take as a pay.

Front Gate-We usually have 3-4 people working the gate, collecting the $5 entry fee, selling merch, selling 50/50 etc…  there is no pay for this job however you get to enjoy majority of the game and covers your entry fee.  Again you can volunteer for the game before or after your players as well.

Water crew-  We are always looking for someone to be in charge of water for game days.  Duties include filling the large water jugs and bringing by wagon (provided), running water out to the field for players during time outs etc… We need 2 people per team and the pay is $15 per person per game.  You get to be on the sidelines with the players.  No cost for entry to game

Announcers-We have a sound system with a microphone provided.  We are looking for 2 announcers per game $25 each.  Responsible to announce players from both teams if the coach wants it to be announced, play Oh Canada at the beginning of the game, thank our sponsors when gameplay is stopped.  Announce 50/50 winners.  You can do some play by pay but need to remain fairly impartial to both teams, no swearing, no comments to the refs etc…

Let us know if you can fill any of our volunteer spots.