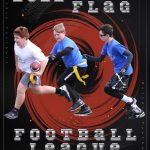 Flag Football returns!. The North Bay Bulldogs are committed to producing a top-tier flag football experience for the community. During the pandemic, we successfully ran a flag football league

Here are some team previews from our teams that have already committed!

Team Larabie – a tough and gritty team that can never be underestimated, quarterbacked by Landon Larabie, former SJSH alum and NDA Champion. The father – son connection of Larabie to Larabie often seems to connect for big yardage and touchdowns!

Team Clermont – Lead by their Team captain Kory Clermont they have been a perennial champion in other leagues, they look to come and see if they can dethrone the champions in this league. Big names include 2013 Hec Creighton award winner Jordan Heather, Andre Landry and Jordy Matheson.

Team Gravelle – The 2020 and 2021 champions are approaching Floyd Mayweather territory as they boast a record of 29-0 in this league. Too many big names to mention but they are all lead by former Widdifield Wildcat quarterback Tieler Gravelle. A few new recruits join the team this year to defend the title.

Team NFC men’s Bulldogs: Off from a successful 2022 NFC season in which they competed in many games and showed explosive offensive prowess, the men’s team looks to take the flag league by storm. The defensive-minded coach of this team, Marc Mathon, looks to lead his team to the championship after a heartbreaking semi-final loss in 2021.