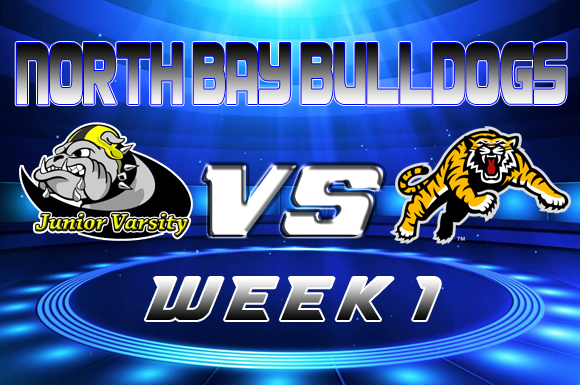 The Hamilton Ti-Cats will open their season at home playing host to the North Bay Bulldogs on Sunday afternoon of the Victoria Day long weekend. Hamilton loves their football and they love their Ti-Cats. The Ti-Cats promise to be well prepared for the Bulldogs as they look to impress their fans and perhaps some McMaster coaching staff as the game will be played at the McMaster University Football Stadium.

As Mentioned the game is at McMaster University with Kick Off at 2 pm. The bus will leave from behind Memorial Gardens no later than 8 am. We need our players there for 7:30.

To our Bulldog family and fans joining us at the game The Address for Ron Joyce Stadium, it is: 1280 Main St W, Hamilton, ON L8S 4K8 and the bus will arrive at noon.

“We look forward to the challenge which always presents itself when playing a team from the GTA region. We will have to be crisp in our execution on offense and fast to react on defense in order to be successful on opening day.” says Head Coach Marc Mathon.